The Forefront of Technology with Eclipse's former ETO

In 2002, after studying and working as an electrical engineer in his native Sweden, Erik Calissendorff became the electro-technology officer (ETO) aboard the yacht, Le Grand Bleu. His skill and dedication to the job landed him, several years later, as ETO aboard the largest and most technically complex yachts built at the time: Eclipse. Today, he runs his own innovative technology company, Plejd.

His experience as a live-aboard AV/IT engineer in the age of 4K TV, multinational business-critical communications and proliferating mobile devices provide a few critical insights into the role of ETOs and the value of good technology planning.

“The thing about being an ETO aboard a superyacht is that you are part of the family: You live aboard and understand how the owner and his family interact with the technology,” Calissendorff says. “From the perspective of an electrical engineer working for a client, it’s a unique position. But of course, at the same time, you need to be very self-reliant. When something doesn’t work as it should, you can’t just call in a tech to help you when you’re in the middle of the North Atlantic.”

Calissendorff is clear about the challenge of advising an owner on technology ahead of a new build or refit. New-build project timelines typically span two, three and sometimes more years, during which any given technology developing according to Moore’s law will have evolved several times over. Ensuring that a yacht’s music, film and TV, internet and communication devices and connections are the very latest and perform consistently at the most impressive levels is a unique and valuable skillset.

The internet of everything—in which tools, utilities and devices are all interconnected and controllable—has been emerging for a relatively long time, and everyone who works with technology agrees it’s the future.

“The question everyone has on their mind is: ‘is the future now?’” Calissendorff says. “We’re in the testing stages on a very large project at the moment in which everything is in place aboard to deliver on exactly these ‘internet of everything’ principles. So, for us and our client, it feels like, yes: the future is now.”

Some people think of the yachting life as an escape from the modern world, but it’s really the opposite: my clients want all the comforts and delights of home and resort on board.

The big change that’s come in the last year or so, Calissendorff explains, is the move into commercial IT infrastructure as the backbone of onboard AV/IT systems. “We had a request to integrate 4K TV on a very large yacht. where the wire routeing meant some display screens were well over 100 metres from the source. So we looked into how best to send 4K 60hz signals that distance (HDMI cables only work over short distances), and the answer was to build a high-spec independent IT network for the yacht’s audio-visual system. We’re talking about 100gigabit network—that’s the same specification that Netflix uses in their data centres.”

Calissendorff says he’s seen two reasons why superyacht clients have been let down by their AV/IT systems: Either the system was promised to deliver a solution before the technology was really there, or it was designed for the wrong reason: cutting costs. “If you’re specifying a system just to cut costs, then you’re probably going to be cutting corners and will run into problems. But if you specify for quality, which is what you can do today, you can get fantastic quality for a wide range of price points. Will, in particular, has been really good at achieving the balance between performance and price for owners. As he always says, ‘just because clients have the money doesn’t mean they should spend it.’

Today, along with continuing to consult on superyacht AV/IT projects, Calissendorff is building his company, Plejd, into what might be called the IKEA of home automation. But the company started as an innovative engineering solution for ETOs configuring AV/IT systems on superyachts.

“Some people think of the yachting life as an escape from the modern world, but it’s really the opposite: my clients want all the comforts and delights of home and resort on board. It’s not about having some kind of austere experience, it’s about having everything they already enjoy, but just more of it, with total freedom and privacy.” 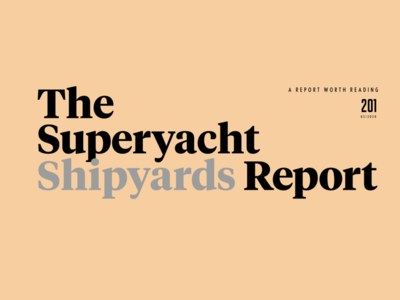 As our client base is growing, we are looking for an organized team player with a technic